Get fresh music recommendations delivered to your inbox every Friday.
We've updated our Terms of Use. You can review the changes here.

by ASHTORETH / NO ONE 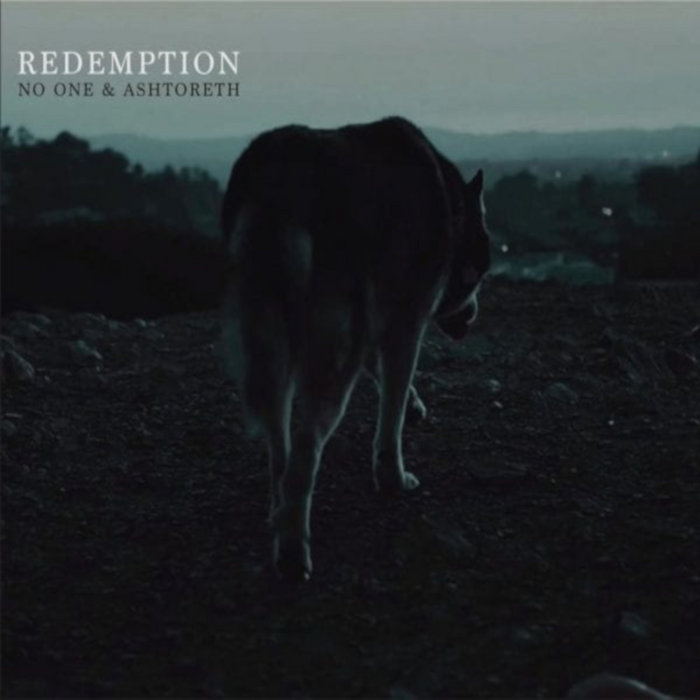 Walhalla I love what No One has done with the themes by Ashtoreth. A profound work that isn't easily classifiable.

“Redemption” is a remarkable collaborative effort between Belgian artists No One and Ashtoreth. Ashtoreth improvised a track, added field recordings, some additional sounds and then let No One work his magic. He took the track, decomposed it, and recomposed it, with soundscape, drones, field recordings and arrangements added. “Redemption” grew organically out of the ashes of the Ashtoreth improv into a thrilling and utterly gripping work of art, making the one hour trip a truly enthralling, yet galling redemption.

`Redemption' is the latest effort of Ashtoreth, in cooperation with No-One, released on the prolific Consouling Sounds label. For fans of decent drone-ambient and gloomy experimentalism, those reasons should be more than enough to get their hands on a copy. 'Redemption' is one track, lasting over sixty minutes. It is not a mere song, but an enigmatic narrative of strange worlds, eerie rituals and deep meditation. The track was born from an improvisation by Ashtoreth. No-One de- and re-constructed the soundscapes, rearranged the shamanic chants and added his own murky magic.`-Merchants of Air.

Concrete Web: `Redemption is the sonic expression of obscure depths, desolate landscapes and mysterious dungeons. It is an aural representation of Lovecraftian horror, based on spooky soundwaves, gloomy ambience and oppressive drones. The basics are created upon hypnotic, strongly mysterious synth lines and guitar work, darkened with additional sounds and creepy field recordings. In a cinematic way, the listener is subject to a monumental aural voyage into the unknown, blinded and ignorant, anxious for what lurks beyond. But somehow, Redemption succeeds to keep the listener attentive the whole of the time. You get permanently triggered by the innovation, and attracted by the variation, though both sound so subtle in an organically composed way. There is a certain structure within the chaos (or better: some chaos within this composition’s structure), and that too is, in an almost erotic way, a surplus to continue listening. And hey, at the same time, this is like a perfect soundtrack as well on the background, on a cold, dark evening. Or is it the score for an asphyxiating motion picture?`

physical copies in the form of a very neat, matte printed cd booklet are available through Consoling Sounds / www.consouling.be